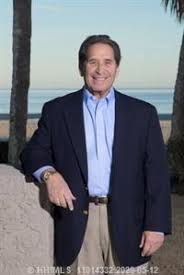 Phil was born and raised in Glen Ridge, New Jersey. He worked for Boise Cascade in  the 1970s, and then Phil had the opportunity to move to Hilton Head Island, SC to jumpstart the sales for Palmetto Dunes, a resort owned by Bessemer Securities and   the Phipps Land Company.

Based on his early success, he  founded Schembra Real Estate Group, a  boutique  real  estate  company  located  in  The  Plaza  at  Shelter  Cove  specializing   exclusively in Palmetto Dunes, Shelter Cove, and Leamington.

During Mariner's Inn's early development and sales, he started Schembra Securities to handle the sales of these unique condo-hotel units. In addition, he began Schembra Investment Company to buy and sell real estate in Palmetto Dunes.

A Few Notable Charities and Achievements…

·         #1 All-Time Listing and Selling Agent for homes, homesites, and condominiums in one community in the history of Hilton Head Island – all achieved in Palmetto Dunes, Shelter Cove, and Leamington.

·         #1 All-time Listing and Selling Agent since 1976 for homes, homesites, and condominiums in one community - all achieved in Palmetto Dunes, Shelter Cove, and Leamington

·         #1 All-time Listing and Selling Agent in the history of Hilton Head Island for oceanfront homes, homesites, and condominiums - all achieved in Palmetto Dunes and Leamington

·         Founder, Golf World | Palmetto Dunes Intercollegiate Golf Tournament, which became one of the most prestigious collegiate tournaments for men and women

·         Recognized early in his career as one of the “Top 100 Sales Teams in the Country” by the National Association of Realtors, America’s largest trade association representing over 1.4 million members at the time

·         Past Committee Member, US Olympic Committee, State of South Carolina

·         Advisory Board Member, the International Amateur Athletic Association, administer of the Jesse Owens Global Peace and Athlete of the Year Award

After starting his Hilton Head Island career in real estate and taking the philosophies instilled  in him in high school sports, he and his wife, Carol started Hilton Head Island Performance Group, a motivational sales publishing company, publishers of life-learning weekly planners

focusing on students, business, amateur, and professional sports. For 18 years, they published the NFL Player Planner for the NFL Players Association.

What Phil brings to buyers and sellers is superior knowledge, experience, longevity, negotiating skills, and 100% commitment to the Palmetto Dunes, Shelter Cove, and Leamington owners.